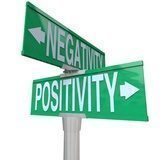 In another post, I discussed forces that impact our judgment in valuing cases.

Today I want to discuss forces that negatively affect our ability to negotiate cases; forces which, It’s important to note, generally influence us subconsciously. Parties aren’t even aware they’re at play. My role as mediator is to anticipate any such influences, and try to work around or through them.

The first of these is known as Attribution Bias — which largely based on how we feel about the person with whom we are negotiating. Do we like them? Do we trust them?

When we have a negative view of the person on the other side, we have a tendency to assume the worst about them. We attribute bad intent to their offers, demands and actions. These negative assumptions can easily impact how we interpret their offers.

As a mediator, when I see this problem impacting a case, I may suggest that I (the mediator) present offers, rather than having offers ostensibly come from the other party. It’s one way to eliminate (or at least minimize) attribution bias. Other times, I may identify the bias problem, and encourage the biased party to factor it into negotiations.

A second force at work in negotiations is Reactive Devaluation, and it works this way: Assume you’re the plaintiff’s attorney and you’ve made a $100,000 demand to settle your case. The defendant agrees to pay $100,000. Are you pleased? Probably not — because you’re probably thinking you undervalued the case, and left money on the table.

The only thing that changed is the defendant agreed to pay your demand. This is reactive devaluation at work — and it can happen even after a lengthy negotiation process. We automatically assume that anything done, or offered, by our opponent is suspect. As a mediator, I counter this by asking a party, “If I can get you X dollars, would you accept it?” This way, the mediator is seen as the one suggesting the amount, rather than the opposition.

The third and possibly the most difficult force to deal with is known as Loss Aversion. This occurs when parties form an opinion early on about what the right outcome should be. For example, if a plaintiff is told her case is worth $250,000 at the start of the case. Maybe a friend settled a similar claim for $250,000, or her attorney told her that’s what the case was worth.

Two years later, when the case finally makes it to mediation, it’s very difficult for the plaintiff to accept $100,000 — even when discovery reduces the plaintiff’s chance of winning, and even if $100,000 is an excellent and fair result. The plaintiff will experience a strong sense of loss that’s difficult to overcome.

That said, Loss Aversion’s effect can be minimized with objective facts and persuasive, patient effort by the mediator — whose primary responsibility is helping the party change his or her perspective. Those built-in biases must be overcome for the negotiation to be successful. A disinterested, and trusted, third party mediator’s opinions and advice can change those biases — and ultimately lead to a good outcome.